The Grasp Lock was an innovative “smart bike lock”, designed and developed between 2014 and 2016, by a group of graduates from the University of Waterloo’s Mechantronics Engineering department.

What set it apart from other smart bike locks, was the distinctive locking mechanism. Although it was shaped very much like a u-lock, it wasn’t formed from the traditional, U shaped shackle and straight cross bar. 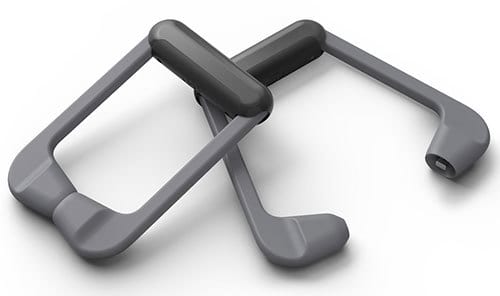 Instead, it was made up of two spring loaded, hinged “claws” that would be forced open when the lock was pushed against your bike frame, and would then snap shut, once it was also around the immovable object (that you were locking your bike to).

It was an elegant alternative to the usual “scrabbling around behind the bike with two pieces of u-lock” that characterises most of our day to day locking rituals!. With one simple, thrusting motion, the lock could be around your bike and the immovable object…

And once you let go of the Grasp Lock, it automatically locked itself! This was controlled by the biometric fingerprint sensor at the base of the lock.

Positioned to comfortably accommodate your thumb when you grasped the base of the lock, the sensor would recognise your thumbprint from a database of up to 20 others. 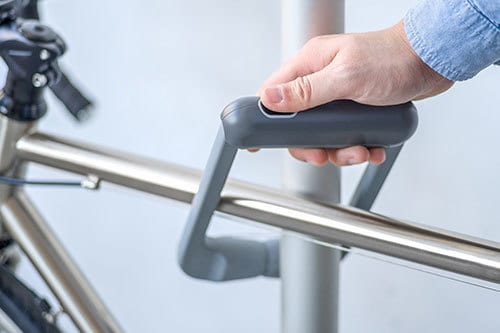 The Grasp Lock was unlocked and locked via fingerprint!

The combination of automatic locking and unlocking (when you grasped and let go of the lock), and the super easy process of getting it around your bike, was obviously a significant upgrade to the way we habitually lock our bikes at the moment.

How secure was it? Well, we’ll never know for sure. Once the two claws closed around your bike and the lock was released, a motor within the lock would force a metal bolt through the tips of the claws to secure them together.

But this locking mechanism was unique and it’s therefore difficult to make any definite conclusions about how secure it was. The tip of the lock would be an obvious area to attack. And the hinges where the claws meet the base could also have been a point of weakness.

The problem is that the more complicated a locking mechanism is, the more opportunities for exploitation there are. For example, the Grasp Lock was made up of three pieces (two arms and a base) rather than the two pieces (one shackle and one crossbar) that make up traditional u-locks.

This simple distinction immediately introduces extra weakness. And it’s difficult to see how the Grasp Lock could withstand a concerted leverage attack with a long piece of metal or scaffold pole.

Of course traditional u-locks are also susceptible to leverage attacks! And although I would guess the Grasp Lock would be a bit more susceptible, we should neither make assumptions without testing it, nor be too hard on the Grasp Lock...

The Grasp Lock was all about innovating the way we lock our bikes. And it certainly did that, with one of the most elegant solutions to the daily inconveniences of our normal locking routines that I’ve ever seen.

So what happened to the Grasp Lock? Well, economics, I’d imagine! There’s a lot of stuff to fit in the lock. Biometric sensors, battery controlled motors, Bluetooth, spring load mechanisms. With all these features, it would be very difficult to keep the production costs at a reasonable level.

And unfortunately, in the end, they cancelled their Kickstarter campaign and stopped developing the Grasp Lock.

It’s a great shame, as there were a lot a really good ideas in the Grasp Lock project. I certainly hope that they’re not lost and make their way into future bike locks! You can see it action in this video...

But if you're looking for a bike lock then you need to make sure that it's not just secure enough to keep your bike safe. It also needs to be easy to use on a daily basis.

Check out my guide where I show you the three simple steps to ensure you get the best bike lock for your circumstances! 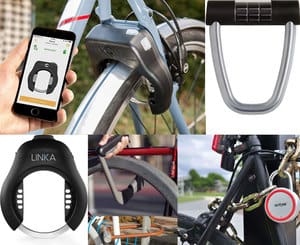 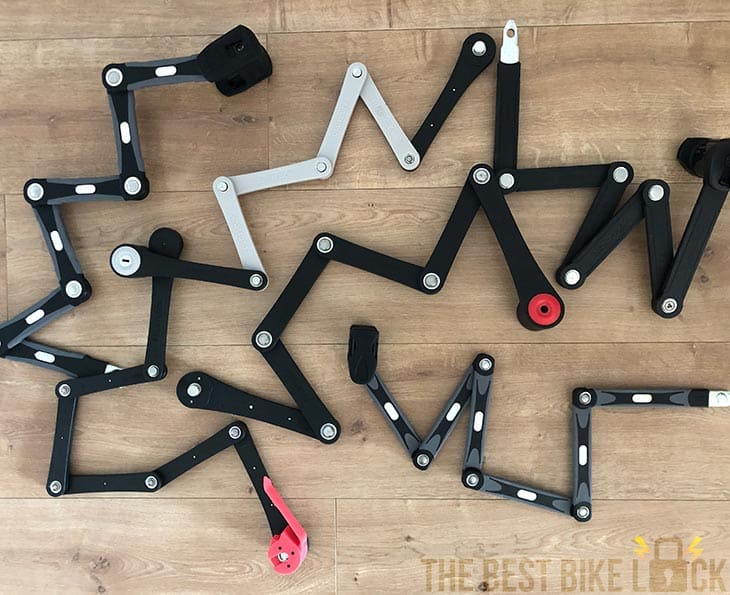