Over the years I’ve had several bikes and countless bike parts stolen. In London, New York and Barcelona. From knackered old jalopies to top of the range mountain bikes. Seats, wheels, bells and handlebars. They’ve had them all.

Why? Because I resented paying for decent bike locks. Bike locks are just not sexy. They are heavy and ugly and expensive. And I am tight.

So I bought cheap locks and lived with the constant nagging doubts. Every time I left my bike, I wondered if this was the last time I would see it. Every time I approached where I'd last left it, I craned my head, half expecting it to be gone.

And while sometimes it had been stolen, often of course, it wasn’t.

Maybe, my mediocre attempts at security had deterred the thieves. Or maybe the thieves were having a day off. But without fail, eventually I’d come back and if the bike wasn’t gone, then the seat would be missing. Or the brakes. Or the handlebar grips. Or the basket… 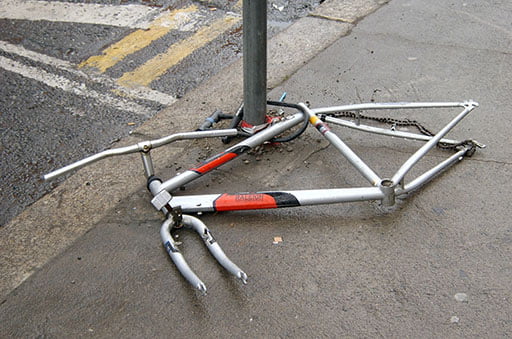 Usually though, the whole bike would be gone… 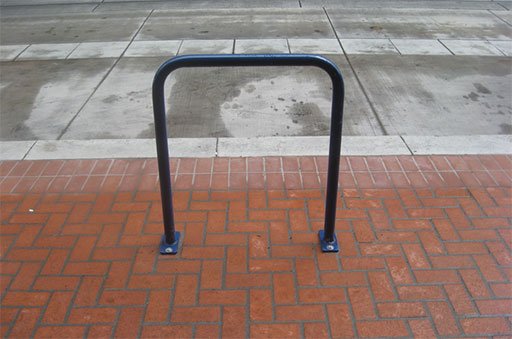 And it’s not just the financial cost and hassle of replacing them. It’s not just the horrible feeling of personal violation when people routinely help themselves to your stuff.

No matter how cheap and tatty your bike is, if you’ve had it for a while and it’s doing its job, you will have formed a close emotional attachment to it. So when you loose it, it can be properly upsetting!

On top of all this, there is that underlying feeling that it’s partly your fault. If you’d been more particular about where you left it. If you’d secured it more carefully. If you’d bought better locks.

Maybe it would still be here.

So, five years ago (2015), after one too many thefts in a short space of time, I decided to learn about bike security and stop the rot!

And what I’ve learned is this: bike security is actually pretty straightforward...

If you want to stop your bike from being routinely stolen, you need to secure it with a lock that's been independently tested and rated to establish it's real security level.

This generally means looking for bike lock that's rated Silver, Gold or Diamond by Sold Secure. And choosing one of these ratings according to your own personal risk level.

And really importantly: choosing a lock that's practical to use on your specific bike and the places that you use it. This is where my reviews are meant to help you.

Do not secure your bike with with a cable lock. Why? Because it won’t stop someone thieving your bike! I've read some reports that suggest 90% of stolen bikes were “secured” with cable locks.

But here's some hard data from the Harvard Police Department (2011), that suggests 66% of stolen bikes were secured with a cable lock...

I’ve also learned some other stuff which is really depressing. For example, up to half of cyclists will have their bike stolen at some point. And of those victims, 66% cycle less and 25% give up cycling altogether.

So that’s loads of people, people that wanted to cycle, that actually bought bikes, but that never cycle again, essentially because they had the wrong lock. Usually a cable lock!

And because I’m passionate about cycling and want everyone to enjoy it as much as I do, I found this quite upsetting. Because there’s no reason people should be buying completely inappropriate locks.

Yeah, I know it’s more complicated than that. I know there are bikes secured with good locks being stolen all the time. I know all bike locks can be defeated.

But we can all significantly reduce the chances of our bikes being stolen by learning how to choose the best bike locks for our circumstances.

However, this situation also makes me quite angry. Because there are plenty of shops selling shoddy locks and plenty of websites promoting them. In fact, if you google “best bike lock”, on the first page of results there are respectable websites recommending some really poor locks.

So, I decided to make my own website. And this is it.

Eventually, I would like it to be the ultimate guide to securing your bike. But for starters I want to recommend some really good bike locks, help people find the best lock for their individual circumstances and make sure they know the best way to use it.

So I won’t be recommending any cable locks. In fact I won’t recommend any locks that are rated less than Sold Secure Silver or equivalent.

And I think it’s perfectly possible for everyone to find a lock that meets their needs and their budget without making their bike an easy target.

But what do you think? Am I being too strict? What locks do you use? Is this website useful? What else would you like to see? Let me know below!

And if you want to discuss your bicycle security products or you're an organisation that promotes safe and secure cycling, you can get in touch with me here.