LITELOK: Is this a game changer for bicycle security?

I’ve now got hold of a LITELOK and have been using it for the past month. Check out my full hands-on LITELOK review here. 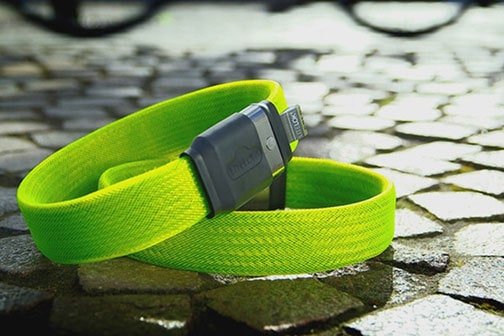 Sometimes it seems like barely a week passes by without the launch of another Kickstarter funded bike lock from yet another trendy startup company.

And the promise is always the same: we will solve all your bicycle security problems with our clever ideas and the latest cutting edge technology.

Why? Because they either solve problems that don’t seem that significant. Or add layers of technological complexity that will inevitably unravel in the real world. Sometimes they manage to achieve both of these things.

And they always seem to marginalize the most important part of any lock: the security. In most of these projects the security level of the lock almost feels like an afterthought. When it should be the very highest priority.

Because lets face it, a bike lock must protect your bike from theft. If the lock is defeated and your bike is stolen, no amount of innovative design features will save it from being utterly, utterly useless.

And of course, we all know that along with security comes weight. The two are inextricably linked. The more secure a bike lock is, the heavier it is. It’s unavoidable. And this is one of the greatest problems with bike security: in order to adequately protect your bike, you have to lug round a very weighty and very inconvenient bit of metal.

So when I first read about the LITELOK, I was understandably dubious. A light bike lock that is also secure? It’s impossible. Isn’t it? 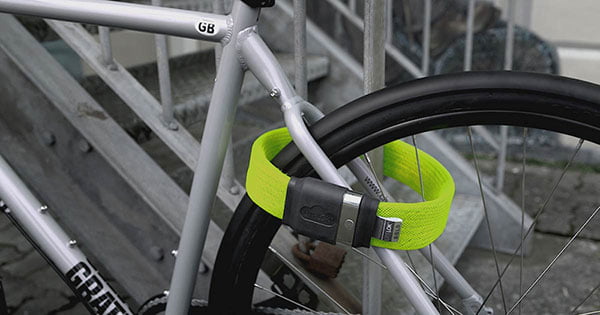 Well, apparently not. Using a new, super tough, super light material they call “Boaflexicore”, the LITELOK defies expectations. Not only does it weigh less than 1 Kg, it’s also been awarded the very highest Gold security rating from Sold Secure, the independent lock testers.

How does it compare to other locks? At first glance it seems to offer all the advantages and none of the disadvantages of it’s competitors…

The LITELOK is closest in form and function to cable or chain locks. These are practical and easy to use. But most cable locks are close to useless when it comes to actually protecting your bike and chain locks are notoriously heavy. And while the other major alternative U-locks, can provide a high level of protection at a reasonable weight, their rigid shape means they’re not always so practical to use.

Sounds promising! But let’s look at some real world comparisons. You can compare the weights of security ratings of a whole load of U-locks here and chain locks here.

Compared to chains, both the Kryptonite Keeper 755 Mini and the Hiplok Lite are about the same length and weight as the LITELOK. But both of these locks only have a Sold Secure Bronze security rating. And there’s a big, big difference between Bronze and Gold. In fact, I don’t recommend locks that are rated Sold Secure Bronze to anyone.

And the lightest chain lock that offers a Sold Secure Gold rating is the Abus CityChain 1010 85 which is twice as heavy as the LITELOK. (It’s also slightly longer, but only by 4 inches.)

Talking of length, the LITELOK is admittedly, not very long. In fact at 29″ / 73.6 cm, it’s pretty short. But you can actually join two of them together to double the usable length if you really need to.

Against U-locks, which are generally lighter, you might think the competition would be closer. But the lightest Sold Secure Gold rated U-lock I can find (with a verified weight) is the Abus U-mini 401 Yellow. Not only is it still slightly heavier than the LITELOK, it’s also a mini u-lock which makes it significantly less practical to use.

So yes, it does seem like the LITELOK may well have found that hallowed ground where a high degree of practicality is not undermined by poor security.

But this isn’t a proper review. Let’s save a full appraisal of the LITELOK until it’s been released and real people start using it in the real world. When real thieves start to tackle it with real tools. Because a Sold Secure rating is not the be all and end all. Let’s see how the thieves rate it.

However I am genuinely optimistic, even excited by the prospects of this lock. The people behind it seem to have done everything right so far. They’ve tackled a genuine problem. They’ve had their lock certified by an independent tester. And there’s no smart phone app in sight!

So I really look forward to giving it a full review once it is released. In the meantime, if you need great lock RIGHT NOW, check out my guide on how to choose a lock.