Liberate yourself with a beater bike!

My every day bike is what some people would call a “beater bike”. What’s that I hear you cry? Well, a “beater” is usually an old, cheap, tatty looking bike that’s so unattractive that no-one would ever steal it. And even if someone did steal it, you wouldn’t care. Because it’s so ugly you could never love it. And it’s so cheap you could replace it without upsetting your other half. 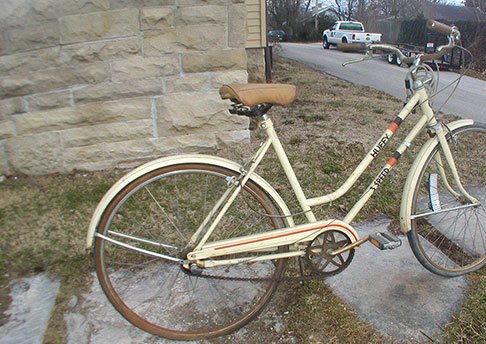 That’s the idea anyway. In reality, even beater bikes are stolen if they’re not properly secured. I’ve had bikes that a clown would think twice about riding, stolen the first time I left them outside because I “secured” them with a crappy cable lock. As always, the opportunist thief will take anything they can get.

And this idea that you don’t care about your beater bike doesn’t work for me either. I love my beater and I’ll be gutted if it’s ever stolen. In fact, without getting too weird, I think it’s very difficult for anyone to ride the same bike every day and not form a close relationship with it. 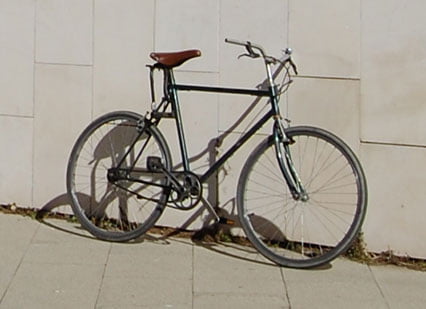 It’s certainly not a handsome bike. It’s covered in scratches and gathers more every day. And when the components wear out, I buy the cheapest replacements my local bike shop’s got. But I keep the tires pumped up and the chain well oiled. So most of the time it’s a nice ride. It doesn’t turn any heads, but it gets the job done without any worry or fuss.

With a beater there’s none of that. Take it anywhere. Leave it anywhere. This means you use it more. And this is what bike riding is all about for me. Using it everyday. Using it for every possible journey. Without any stress.

And if you get a good lock there’s very little chance of it being stolen. I leave mine in the same place in the street all night, every night. It’s secured with a decent U-lock and a half decent chain lock. I’ve had the handlebar grips stolen, the seat stolen, a really nice bike seat cushion, and various parts of the breaks stolen. But never the bike. It’s just not worth their hassle it seems.

So here’s to the humble beater bike. The understated workhorse of the streets. Getting thousands of us where we want to go every day. Long may you ride…